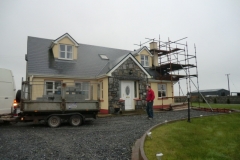 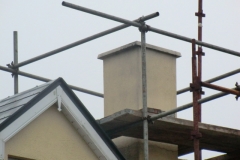 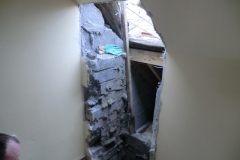 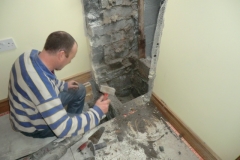 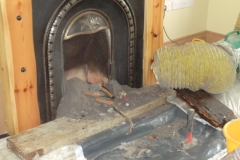 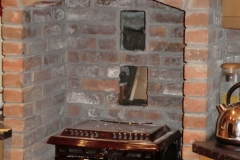 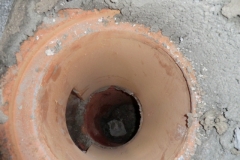 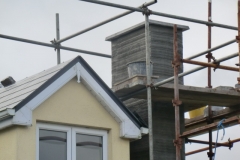 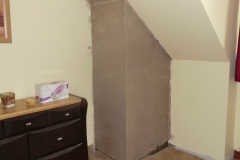 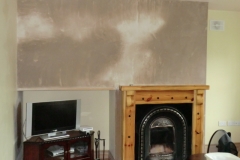 Older chimneys (period or early century type properties, old farmhouse cottage, etc. )where the flue isn’t
lined are most often found to be in a poor condition. Here selection of the flue lining will be dictated by the
types of fuel going to be burned in the stove, Aga ‘range’ or open fireplace.

Mid century on wards (circa 1950’s properties) chimney construction had seen the introduction of clay liners.

The bulk of chimney re-lining work consists of the more common forms of relining of clay lined chimneys.

Chimeny flue liners come in many different types, many of them are proven to be ineffective for the Irish
market due to the use of fuels with a higher moisture content such as peat and wood. Selection of a chimney liner system with British Standard (BS) or E.U. standard in many cases won’t be applicable for the types of fuel Irish people burn in their chimneys. Our moist climatic conditions also come into consideration when selecting a chimney lining system – Contacting Chimney Ireland will provide you with the best advice from our staff with over 20 years of knowledge we can recommend the correct method of relining for your particular chimney.